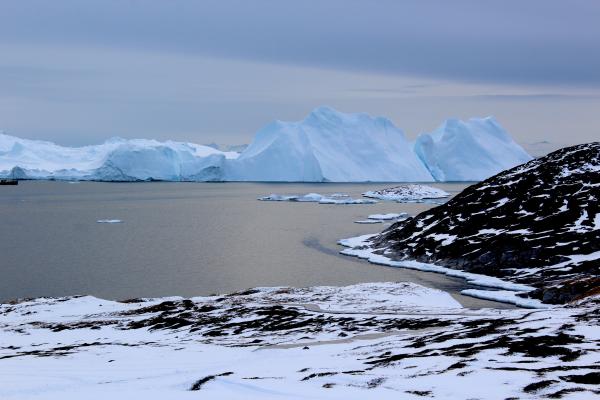 Even if the climate warming stops, study finds, glaciers will continue to shrink

Nearly 40 years of satellite data from Greenland shows that glaciers on the island have shrunk so much that even if global warming were to stop today, the ice sheet would continue shrinking.

The finding, published today, Aug. 13, in the journal Nature Communications Earth and Environment, means that Greenland’s glaciers have passed a tipping point of sorts, where the snowfall that replenishes the ice sheet each year cannot keep up with the ice that is flowing into the ocean from glaciers.

“We’ve been looking at these remote sensing observations to study how ice discharge and accumulation have varied,” said Michalea King, lead author of the study and a researcher at The Ohio State University’s Byrd Polar and Climate Research Center. “And what we’ve found is that the ice that’s discharging into the ocean is far surpassing the snow that’s accumulating on the surface of the ice sheet.”

King and other researchers analyzed monthly satellite data from more than 200 large glaciers draining into the ocean around Greenland. Their observations show how much ice breaks off into icebergs or melts from the glaciers into the ocean. They also show the amount of snowfall each year—the way these glaciers get replenished.

To learn what the researchers found, read the full story at news.osu.edu.

This story originally appeared in Ohio State News on August 13, 2020. By Laura Arenschield.