Lakes below glaciers could enrich oceans near Antarctica and Greenland

Lakes below glaciers could enrich oceans near Antarctica and Greenland 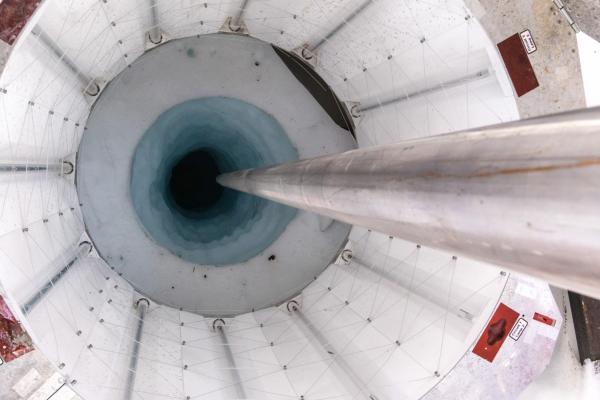 By Laura Arenschield
Photo by Billy Collins, via SALSA

Water beneath glaciers in Antarctica and Greenland is flowing into nearby oceans, carrying elements that might affect the way life grows and flourishes, new research has found.

The study, published today in the Proceedings of the National Academy of Sciences, found that subglacial lakes in Antarctica and streams emerging from under the Greenland Ice Sheet contain trace elements including iron, which has long been considered a necessary nutrient to feed phytoplankton, microscopic marine algae that act as a counterweight to global warming because they pull carbon dioxide out of the atmosphere.

“This is probably the first attempt to look at the whole suite of both nutrients and micronutrients in subglacial lakes at the same time,” said Berry Lyons, a co-principal investigator on the study, a professor of earth sciences and a university distinguished scholar at The Ohio State University.

Read the full story at news.osu.edu.

This story was originally published on November 23, 2020 in Ohio State News.